After releasing his debut single “broken parts” in late January this year, international newcomer and Dreamstart Music artist clide released his second single “lost” on April 3rd. Only looking at Spotify, both songs crossed the 1M stream mark few months or even weeks later! All in all, clide’s songs accumulated over 4.7M streams across all platforms!

Thanks to worldwide praise of music executives, features in music blogs as well as support from streaming services and editors, clide quickly made a name for himself in the music scene. The Berlin-based singer and songwriter is currently finishing off his debut EP which will be released in the second half of the year. 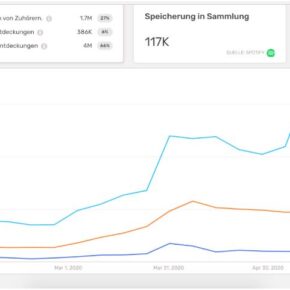